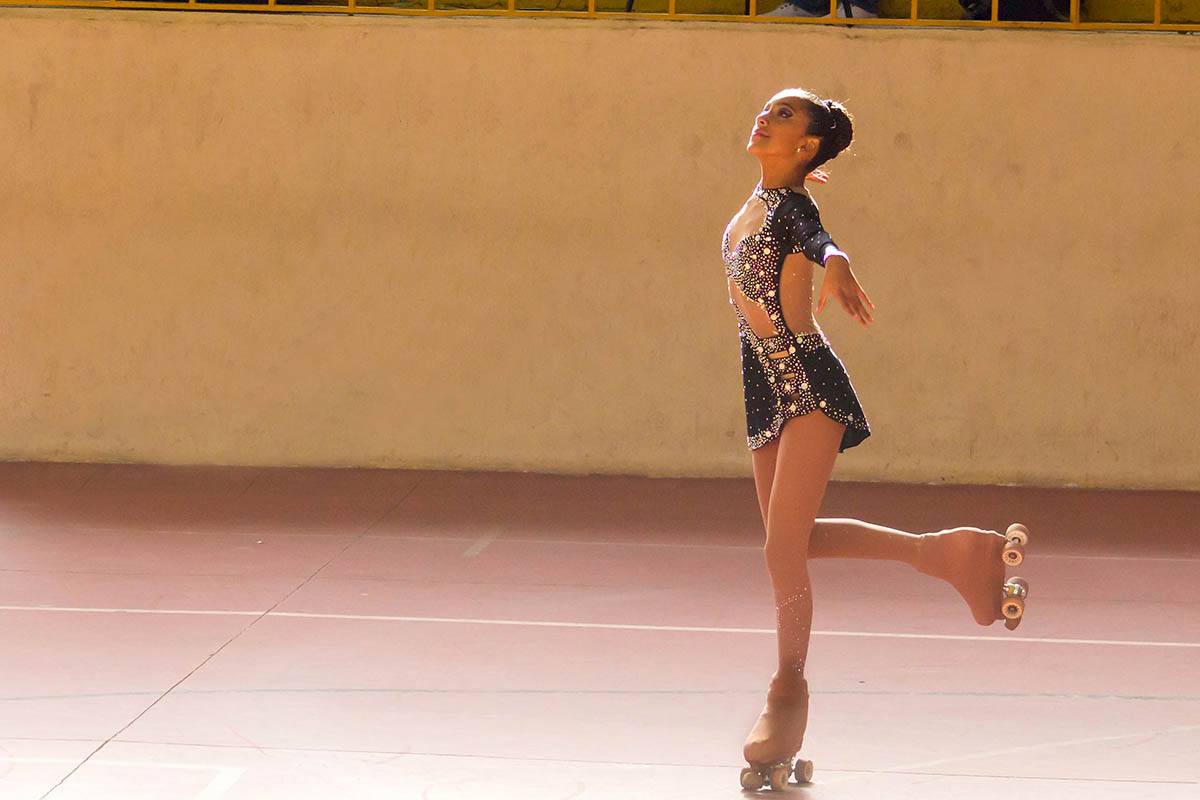 You may or may not have heard of this before, but roller skating isn’t just a hobby or way to keep fit. For artistic roller skaters, it’s a way of life.

Artistic roller skating is a competitive sport practiced by thousands of people all over the world. It shares similarities with figure ice skating but is considered more difficult and technical due to the fact it is performed with heavy roller skates on a rink.

If you’re interested in the world of artistic skating, then keep reading for all you could ever need to know; from the different styles of skating performed at events, to how you can become a professional skater.

Often seen as a form of sport not dissimilar from figure skating, the only obvious difference between that and artistic roller skating is that one sport relies on roller skates and the other ice skates! However, a lot of professional figure skaters will have started off roller skating, and vice versa.

Within artistic roller skating, there are lots of different styles to be trained in, which we’ll explain more about a little later.

It is a complex and technical discipline and is often considered to be more challenging than figure skating because of the weight of roller skates and because skaters do not have the advantage of ice which is easier to spin on.

Artistic roller skating is a seriously competitive sport, and world championships are held all over the globe, from Australia to the United States to Colombia.

Do you need special roller skates for figure skating?

You do not necessarily need special roller skates for artistic roller skating. Most skaters use either inline or quad skate boots, with quad being the most traditional and therefore the most popular choice.

The choice of boot then determines the competitions that you enter. Both types of skaters, inline and quad, do not compete against each other; there are separate championships for each type of skater.

As well as the actual skates used, performers have to think about the wheels, plates, and bearings on their boots.

Plates tend to last a long period of time, but wheels, bearings, toe stops, and even boots have to be replaced as they become worn down.

What are the different types of artistic roller skating?

There are many different forms of artistic roller skating, all of which are performed professionally at national and world championships.

Roller skaters take part in a number of competitions in which they skate individually and with a partner or team and execute technical jumps, spins, and footwork.

One of the most popular forms of artistic roller skating is figures, wherein skaters must follow painted figure circles on a specific edge. This differs from figure skating on ice, where competitors draw circles of their own. On roller skates, the skater is scored based on how well they trace an existing line.

Depending on your level of competition, the figures can become more and more technical as turns are added and the extra circle line comes into use.

In figure roller skating, individuals are judged on their tracing, movement, and carriage, meaning that points are deducted when a wrong turn is taken, posture and form, or if they fall or stop on any figures.

Freestyle figure skating is when an individual completes a solo roller skate routine to music of their choice, with figure skating jumps, spins, and footwork of varying difficulty included.

The freestyle segment is a chance for the skaters to show off their skills and express themselves through choreography, speed in/out of a trick, and technical execution. This does not make it easy though as judges watch them closely to analyze their moves and steps against their competition.

During freestyle skating, individuals are able to execute moves and figures that would be close to what you see in ice skating today.

There is also a team version of Freestyle skating called pairs figure skating. In pairs, a male and female skater form a team doing synchronized jumps, spins, and lifts. It’s very similar to the sport of freestyle pairs ice skating.

Solo dance is similar to freestyle but differs in that the individual must skate to music at a certain tempo. As with many other disciplines of artistic roller skating, marks are given for both technical content and artistic content.

In this form of artistic roller skating, there are no spins or jumps. Instead, the focus is on the skater completing a dance (waltz, tango) with a specific sequence of steps around the roller skating rink.

All moves performed must be in time with the sequence of the music, and skaters are watched closely to ensure they perfect all of the necessary footwork, such as two feet turns.

A couples dance follows on from a solo dance and entails two people skating around the rink performing a set sequence of steps to a song or piece of music – think foxtrot, waltz and tango on skates.

Again, this sport features no jumps and spins, as the skaters are focusing instead on footwork. The pairs are usually made up of two people: one male and one female, and they are judged on the technical elements they bring to the dance.

Of course, a couples dance is challenging in figure skating because it requires two skaters to be compatible, to work together as a team, and be able to achieve something artistically and technically brilliant as a single unit.

Free dance is considered a sub-style to solo dance and involves skaters using their creativity to interpret music.

Artistic roller skaters must focus on their choreography and footwork during the free dance, and are not permitted to perform any jump or spin that would be recognized within freestyle skating.

Like ice skating, a roller skating event will include a segment in which individuals are required to become part of a team and take part in a team skating routine, sometimes known as a quartet.

Teams of four people must work together to perform a themed sequence on the rink, which will then be marked by judges according to speed, jumps, spins, turns, and precision.

Who can be an artistic roller skater?

Anyone can become an artistic roller skater! A large number of people in the figure skating industry started out as children or teenagers who simply loved to skate. I was one of these kids. I started skating and then joined my rink’s artistic team.

As previously mentioned, a lot of figure ice skaters move to roller skating because of the similarities between the disciplines, and as a challenge to themselves, seeing as artistic roller skating is generally thought of as being more complex and difficult (wood is harder to spin on than ice – less forgiving).

To become an artistic roller skater there is a lot of training required, as is the case with all sports or skills.

How do you become an artistic roller skater?

There is no set path to becoming an artistic roller skater. Many skaters became involved in the skating world after joining a local club in their youth.

There are artistic roller skating associations all over the United States which are open to people of all ages. If it is something you are interested in and you nurture your talent, then championship events could be in your future! 🙂

There are no formal qualifications or required courses, just a passion for roller skating and a desire to perform. To begin competition in the sport at events, there are requirements you have to meet in terms of your ability.

For example, can you execute a jump, skate with speed or trace figures on a rink? If so, you may have what it takes to be the next best artistic roller skater!